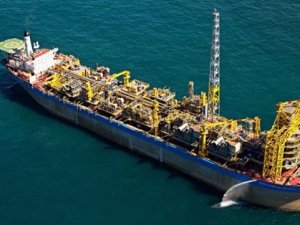 Lacking a systematic national coronavirus control policy, Brazil has developed the second-largest number of COVID-19 cases in the world, behind only the United States.

That national epidemic has arrived in Brazil's busy offshore sector as well.

As of last week, Brazilian oil regulator ANP had recorded nearly 550 COVID-19 cases among offshore workers - about five times the number of affected offshore oil and gas employees in the United States. Most of the Brazilian cases are workers or contractors for state oil giant Petrobras. The company says that it began using PCR testing in late March, and it has completed 15,000 antibody and PCR tests to date, including 9,000 tests administered to contractors. The testing program has detected 200 asymptomatic cases, "which demonstrates the effectiveness of the tests as a barrier against contagion, since otherwise these people they would not even be counted, nor would they be isolated and monitored by health teams," Petrobras said in a statement.

Petrobras told Reuters that it has ramped up its testing effort to cover all of its offshore workers (except in the far northeast) in order to detect COVID-19 cases before they come on board. In addition, it said in a statement that its employees are using masks, reinforcing cleaning measures and changing operating patterns in order to reduce face-to-face contact.

As a further measure to reduce the spread of the virus, Petrobras has changed its crew rotation from 14 days off / 14 days on to 14 days off / 7 days pre-boarding quarantine / 21 days on.

Nationwide, Brazil has recorded 390,000 cases to date - a fraction of the 1.6 million cases recorded in the United States, but enough to put Brazil in second place worldwide. On Monday, Brazil experienced the highest number of daily COVID-related deaths in the world for the first time, surpassing the United States by 807 to 620 for the day.

Brazilian president Jair Bolsonaro has repeatedly dismissed the threat of COVID-19, describing it as a "little flu" and saying that his "past as an athlete" would protect him from the virus. He has dismissed two health ministers in the past month amidst policy disagreements over social distancing measures; despite the size and scale of Brazil's coronavirus outbreak, the nation's top health care post is currently vacant.

This news is a total 480 time has been read
Tags: COVID-19 Takes Off in Brazil's Offshore Sector