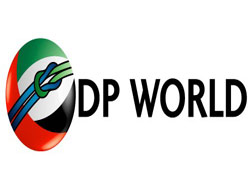 Patrick Bol, Chief Executive Officer, SPCT said: ?SPCT is excited to take delivery of this ultra modern equipment. These eco-friendly RTGs have limited CO2 emissions and use 25 percent less fuel. Working in a container yard with capacity of around 16,000 TEU (Twenty-foot Equivalent Units), the RTGs are capable of lifting one-over-five container tiers and stacking containers in six rows.

?We are close to completing the new terminal, and currently well over 1000 construction workers are working at a frantic pace to complete yard paving. The entrance roads to the terminal will be completed by mid-September and we look forward to welcoming our customers to the terminal in October.?

SPCT is located in Hiep Phuoc Industry Park in Nha Be district and about 15km south of Hoh Chi Minh City centre. SPCT"s Phase One will include a 500 metre berth, five quay cranes and 13 RTGs. The quay cranes are capable of handling Panamax vessels, with an out-reach of 39 metres and 14 container rows on board ship. With lifting capacity of 65 tonnes under container spreader and 80 tonnes under hook, the cranes can lift two 20-foot containers at a time and can handle heavy project cargoes. The new terminal will be able to handle two vessels with nominal capacity of 3,500 ? 5000 TEU simultaneously.

Upon completion of Phase Two, SPCT will occupy 40ha with 950m of berth length on the upstream bank of Soai Rap river. With state-of-the-art equipment, including 10 ship-to-shore Panamax and post Panamax cranes, 25 RTGs and an advanced Terminal Operating System Navis SPARCS, the terminal will have an annual capacity of approximately 1.5 million TEU.

This news is a total 5700 time has been read