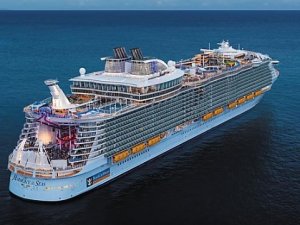 A Filipino crewmember from the cruise ship Harmony of the Seas was found dead outside of her cabin on June 9, prompting a call from the government of the Philippines for action on seafarer mental health.

The individual has been identified by crewmates as Mariah Jocson, a 28-year-old assistant waiter who had recently transferred to the Harmony of the Seas. She was a Philippine national with a residence in the Manila area.

The incident occurred while the vessel was off the port of Bridgetown, Barbados and awaiting completion of crew repatriation operations. In an unconfirmed report, local police told Barbados Today that the victim was found hanging from her cabin's balcony. The outlet Starcom has reported that police are treating the death as a suspected suicide.

“The Palace is saddened by the unfortunate death of a seafarer on board the Harmony of the Seas for repatriation,” said Philippine presidential spokesman Harry Roque in a statement Thursday. "We ask relevant agencies of the government to look into mental anguish of those adversely impacted by the Covid-19 . . . the worldwide pandemic is taking an emotional toll on everyone and we must help our countrymen how to cope with stress, fear and worry in this challenging time."

Roque said that the Philippine government is working to expedite the return of overseas Filipino workers and to make sure that they can be returned to their hometowns as soon as possible. About 50,000 Philippine nationals have returned home since the start of the pandemic, and the government predicts that another 300,000 will come back within the next several months.

Non-COVID crewmember fatalities have been reported on a small number of cruise ships since the cruise shutdown began, including Regal Princess, Mariner of the Seas, Carnival Breeze, Jewel of the Seas, AIDAblu and Scarlet Lady. Tens of thousands of crewmembers remain stranded aboard the idled global cruise fleet while awaiting repatriation.

This news is a total 711 time has been read
Tags: Crewmember Fatality Reported Aboard Cruise Ship off Bridgetown