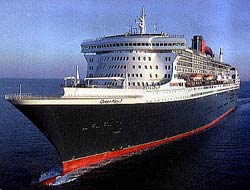 Nautilus International has criticised the UK government"s low carbon transport strategy, published last week, for an alleged ?undue emphasis? on reducing the emission of greenhouse gases by ships, and failure to recognise the potential contribution they can make to solving the problem.

By contrast, the Chamber of Shipping has welcomed the document, which forms part of the Low Carbon Transition Plan, through which the UK hopes to reduce overall CO2 emissions by 34% by 2020 and at least 80% by 2050.

Transport in all modes currently accounts for 21% of all UK domestic carbon emissions, and the strategy sets out the policies and proposals for reducing transport sector emissions by 85m tonnes by 2022.

But in a letter to transport secretary Lord Adonis, Nautilus International general secretary Mark Dickinson said: ?[W]e are disturbed that the strategy document has an undue emphasis on emissions reductions from shipping, with very little recognition of the potential for the industry to deliver huge reductions in overall emissions from the UK transport system.?

Mr Dickinson also criticised what he called the ?apparent lack of proactive government policies? to promote the increased use of inland waterways and coastal shipping as part of a more integrated and environmentally friendly transport system.

Unlike other European Union member states ? notably France, Spain, Portugal and Italy ? Britain has not been active in developing proposals and services in line with the motorways of the seas concept, he said.

Instead, water transport is consistently overlooked as a way of cutting carbon emissions and reducing congestion in the nation"s roads, despite the availability of more than 300 commercial ports around the country, and over 2,000 miles of rivers, estuaries and inland waterways capable of carrying freight.

Freight can be carried on coastal ships and inland waterways with 80% fewer carbon dioxide emissions than from road haulage. Carrying cargo by water rather than road also reduces nitrogen oxide emissions by around a third.

Goods lifted in UK waters have dropped by 11%

Yet goods lifted in UK waters have dropped by 11% in the decade to 2007 and coastwise traffic has declined by 5% since 2000.

No freight facilities grants were awarded by the government for coastwise shipping projects in 2007, and only one in the previous year. In contrast, the three grants awarded in 2001 had saved an estimated 1.3bn lorry miles.

Mr Dickinson argued that with a more realistic reflection of the social costs of road transport incorporated within freight user costs, there will be not only a more level playing field for waterborne transport but also a greater incentive for shippers to look at alternatives to the use of heavy goods vehicles.

Meanwhile, the Chamber of Shipping was seemingly more positive about the strategy. Director-general Mark Brownrigg said: ?I am delighted that the strategy recognises that it is vital that action to reduce emissions from shipping should be taken on a global level and sets out the government"s commitment to achieve those reductions through an international emissions trading mechanism.?

Mr Brownrigg said that the chamber took a ?lead position? in the international shipping industry"s response to climate change in December 2008 by advocating a global and open emissions trading scheme.

Together with the World Wildlife Fund UK, it has written a joint paper offering suggestions on the most appropriate methodology of assessing shipping emissions in the UK.

?The government has now pledged to work with international bodies, including the relevant UN body, the International Maritime Organization, to develop a convention to deal with ship"s emissions. We look forward to working with Lord Adonis and his team on this strategy,? Mr Brownrigg added.

This news is a total 1500 time has been read