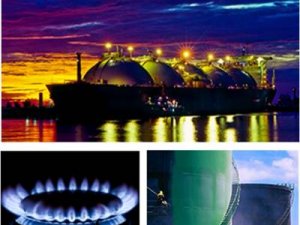 Croatia's FLNG terminal in the northern Adriatic will take a year longer to complete than initially expected, reports Reuters.

The capacity of the terminal, now expected to be finished in 2019, is seen at around 2 billion m3 of gas a year, with Croatia targeting central European markets as well as domestic.

The terminal, to be built on the northern Adriatic island of Krk, is among projects the EU sees as important to its efforts to enhance energy security and reduce dependence on Russian gas.

Meanwhile, Hina reported quoting LNG Croatia that activities on the construction of a floating LNG terminal on the island of Krk are going according to plan and there should be no reason for it falling behind schedule.

"With regard to the development of a floating terminal, LNG Croatia has completed its invitation to tender. This is to be followed by consent from the company's assembly for the preparation of documentation for the floating terminal so that we can launch the preparation of necessary feasibility studies and we expect that that should be soon, so there is no reason for any delays," LNG Croatia said.

Croatia had originally aimed to construct a land-based terminal with three times higher capacity than the floating one, but such plans were now left for a later stage depending on future gas demand in the future.

This news is a total 963 time has been read
Tags: Croatian FLNG Terminal Delayed