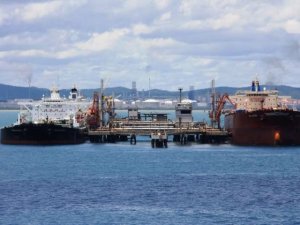 Crude oil spilled at Venezuela’s main oil terminal Jose after damage and leak in a pipeline.

The damage occurred in the pipeline connecting the Jose oil terminal and a single buoy mooring facility, which is used for loading of large crude carriers. The 36-inch-diameter line has the capacity to ship 32,000 bpd of crude to the SBM facility. The total amount of spilled quantity is unknown, but during the environment accident there were no ship at the single buoy mooring facility. It is unclear how loading and unloading of oil have been affected, but there is growing congestion at Jose oil terminal recent days after the unplanned maintenance work halted shipping operations at one of its three docks.

“PDVSA on Tuesday activated a contingency plan to address a crude leak. A temporary staple was installed in the pipeline to stop the leak”, said the official statement of the company PDVSA (Petroleos de Venezuela SA). “Operations of production and shipment of crudes from the Hugo Chavez Orinoco Belt were not compromised and continue with absolute normality”, added PDVSA.

The local authorities and the terminal operator eliminated the leak and initiated cleaning operations of the environment pollution.

The state-owned PDVSA (Petroleos de Venezuela SA) manages the world’s biggest oil resources including huge offshore fields, but has been struggling because of the plunge in oil prices over the past two years.

This news is a total 1177 time has been read
Tags: Crude oil spilled at Venezuela’s main oil terminal