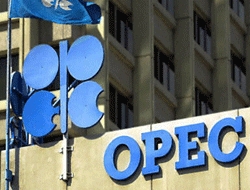 Opec members have lost about $700bn due to falling crude prices

The most important meeting will be held on 17 December

Opec members have lost about $700bn due to falling crude prices, the oil cartel's president Chakib Khelil said in an interview. Oil prices have fallen 60% from their $147 peak, prompting speculation Opec will cut output again to boost prices. However, speaking to Algerian newspaper El Khabar, Mr Khelil said Opec was unlikely to make a decision this month. He said the following meeting on 17 December would be "the most important" as the cartel would get necessary data.
The data will show whether Opec's previous output cuts have been applied by its members.

The cartel, which controls 40% of the world's oil supply, agreed on a 1.5 million barrel-a-day reduction last month.

"The Cairo meeting [on 29 November] is considered as an internal debate, while the meeting scheduled in Oran [on 17 December], will be more important in a sense that we will obtain, by that time, more information about the oil market trend," El Khabar quoted Mr Khelil as saying.

"All members... are very concerned about the economic situation which has worsened in the United States and Europe who have entered into a recession, followed by Japan," the Opec president said.

This news is a total 1737 time has been read