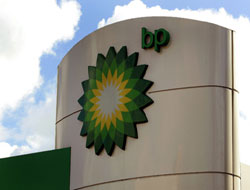 BP Plc and Royal Dutch Shell Plc, Europe"s largest oil companies by market value, will suffer bigger profit declines than peers as crude prices stay near lows, according to analysts at Barclays Plc. Europe"s large-capitalization oil stocks are trading near all-time highs compared with 2009 earnings forecasts and are not priced to be ?defensive,? Barclays analysts led by Tim Whittaker and Lucy Haskins said in a note today initiating coverage of the stocks. They assigned ?underweight? ratings to London-based BP and The Hague-based Shell.

Total SA, based in Paris, and Rome-based ENI SpA have more defensive earnings and cash flows, the analysts said, rating them ?overweight.? They also recommended buying Madrid-based Repsol YPF SA, saying the shares are trading ?at the bottom of their historical discount range.?

Investors have flocked to large oil companies because they have strong balance sheets and their dividends are considered safe, Whittaker and Haskins said in the note. This leaves them with price-earnings multiples that are twice their historical average, the analysts said. Barclays forecasts that oil prices, down 59 percent from a year ago, will not rise significantly for the next two years, even though the industry"s costs have doubled since 2004.

?The consensus market view appears to be that the oil price will quickly recover, but our analysis, based on our incremental supply model, suggests it won"t tighten until 2012,? Whittaker and Haskins said.

BP earnings will fall to $8.3 billion in 2009, a level last seen in 2002, the Barclays analysts said. The company is more vulnerable to the industry downturn than peers, and ?balance sheet pressures may constrain near-term investments,? Whittaker and Haskins wrote.

While Shell"s stock has outperformed the wider market by about 17 percent since July 2008, it will be hard pressed to cut spending over the next year, Whittaker and Haskins said. ?We think Shell will have a harder time than most,? they said.

Barclays sees brighter prospects for Repsol, mainly due to its investment in Brazil. Total will benefit from resilient cash flows, lower-than-average costs and greater financial flexibility, the analysts said. Eni"s gas business gives it a competitive advantage, according to Whittaker and Haskins.

This news is a total 1136 time has been read