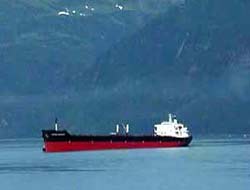 The 46,500-tonne tankers will be delivered by 2009, the Shanghai-based firm said Friday. The order will increase its fleet to 71 oil carriers.

This is the second order for tankers the nation's biggest oil shipper has announced since the start of last month. Mainland oil imports rose to a record last month.

"I see a long-term upward trend for China's shipping industry because of a lack of capacity on carriers against a backdrop of growing demand," KGI Securities analyst Nancy Wang said.

China Shipping will pay 20 percent in cash and borrow the rest. The ships will be used on European and US routes.

China Shipping said last month it ordered six tankers for US$307.6 million. The tankers, of 76,000 deadweight tonnes each, will be delivered between June 2009 and September 2010.

This news is a total 1561 time has been read