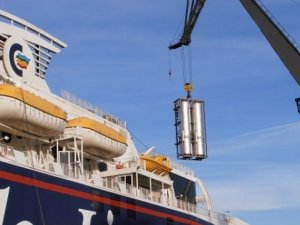 The exhaust gas scrubber industry group Clean Shipping Alliance said Thursday that it is disappointed with Malaysia's decision to ban the use of open-loop scrubbers in its ports and territorial waters.

“The decision will impact not only our member shipping companies, but over 200 other international shipping companies that have announced their intent to install scrubbers," said CSA 2020 chairman Capt. Mike Kaczmarek in a statement. “We will of course comply with these national rules, however, we do not understand the reasoning or timing, with the global sulphur cap deadline just weeks away and with the IMO already embarked on a comprehensive evaluation of the environmental impact of exhaust gas cleaning systems in ports. We don’t know what’s behind this decision by the Malaysian Marine Department, but it was not likely science-based . . . There also were no collaborative discussions with their global shipping partners, many of whom are very experienced with these systems.”

CSA points to recent studies showing relatively low concentrations of pollutants in scrubber washwater and competitive well-to-wheel CO2 emissions of scrubbed HFO power. According to Dr. Elizabeth Lindstad, chief scientist at SINTEF Ocean, the use of HFO plus a scrubber results in lower health-related air emissions (SOx, NOx and PM) than ships operating on LSFO only. In addition, she finds that it also has a greater positive effect than LSFO on the global reduction of greenhouse gas emissions. "If we acknowledge the lower energy consumption in delivering [HFO] and deduct the refining, we get nine to 10g of CO2 equivalent per MJ for HFO, rather than 13 to 15 of CO2 equivalent per MJ for LSFO/MGO," Lindstad concluded in a recent study.

The IMO's Marine Environmental Protection Committee (MEPC) subcommittee on Pollution Prevention and Response (PPR) is currently evaluating the evidence on the environmental effects of scrubber washwater. As part of the work, the subcommittee will evaluate and possibly harmonize the rules and guidance on the discharge of washwater from scrubbers, according to BIMCO.