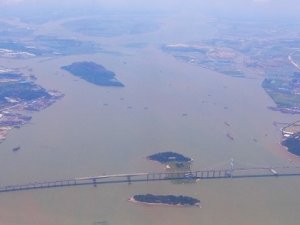 The project will start with a demonstration project on the Pearl River, with a plan to expand it to 1,500 vessels - about a quarter of the river's fleet - by 2025. The conversion would have positive effects for local air quality, reducing overall particulate matter from shipping by 20 percent, and it would create a market for about 0.4 million tonnes per annum of LNG. About 20 LNG bunkering stations would be built along the river to supply fuel to inland shipping.

The project could serve as a model for similar initiatives elsewhere in China, including a potential conversion initiative on the Yangtze River.