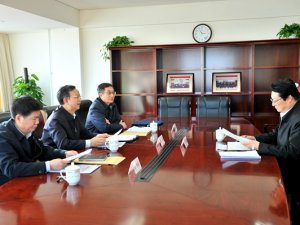 The corruption activities have been uncovered in the procurement department of CSSC, involving the shipbuilding company’s senior officials.

An inspection by China’s central government anti-corruption team found that the state-backed shipbuilding giant China State Shipbuilding Corporation (CSSC) has been involved in corruption activities, according to the Central Commission for Discipline Inspection.

The corruption activities have been uncovered in the procurement department of CSSC, involving the shipbuilding company’s senior officials.

Most of the illegal activities relate to bribery and illegal means of obtaining favors, as informed by the team’s leader Liu Zu in a working brief.

The main reason behind the occurrence is believed to be CSSC’s weak supervision mechanism.

Liu issued several recommendations on how CSSC should deal with the corruption issue including thorough inspections of the uncovered corruption activities, cooperation with relevant authorities on investigation procedures, along with introduction of stricter discipline and supervision measures in procurement related matters so as to boost the group’s transparency.

The Chinese government launched anti-corruption inspections in 2013 on over a dozen of state-backed companies including China State Shipbuilding Corporation, the China Shipping Group and Sinopec.