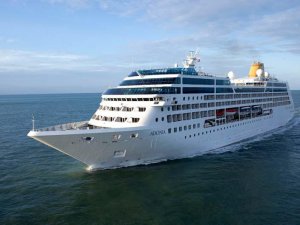 Cuba said on Friday it would lift a ban on Cuban-born citizens entering and leaving the Caribbean island by commercial vessels, opening the way for U.S. cruise operator Carnival Corp to set sail for the country from Miami next week.

The decision is a sign that steps to normalize relations between the two countries continue despite anti-U.S. rhetoric from Cuba’s leaders seeking to reassure hardliners following U.S. President Barack Obama’s historic visit to the island.

Carnival’s May 1 cruise, the first from the United States to the Communist-run country since the 1959 revolution, was thrown into doubt when the company triggered a backlash in Miami by refusing Cuban-Americans passage due to a Cold War-era law.

A statement carried by state-run media said starting April 26, Cuban citizens would be authorized “independently of their migratory status to enter and leave as passengers and crews of cruise ships.”

“We are extremely pleased. We want to extend our sincere appreciation to Cuba and to our team who worked so hard to help make this happen,” Carnival Chief Executive Arnold Donald said in a statement.

The new rules follow measures four years ago to make it easier for Cubans to travel, perhaps the biggest political reform in the Communist-run country prior to the detente announced by President Raul Castro and Obama in 2014.

Obama has made it easier for U.S. citizens to travel to Cuba, but has not totally lifted restrictions.

“These measures contrast with the prohibition on U.S. citizens freely traveling to Cuba,” the Cuban statement said.

The announcement follows a Communist Party congress earlier this week, where Castro warned Cubans to be alert to U.S. attempts to weaken their socialist system but also vowed to improve living standards.

“One thing is revolutionary rhetoric to reassure the Party faithful, another thing is business,” said Richard Feinberg, a Cuba expert and former national security advisor to U.S. President Bill Clinton.

The looser rules will also make it possible for Cubans to work for cruise and cargo lines, opening new possible careers after years of restrictions on setting foot on boats without special permission.

In other measure aimed at easing hardship, the government lowered food prices in state-run stores from Friday.

The waters between the two countries have been the scene of mass migration, hijacking and invasion attempts in the past, leading Cuba to ban boat travel without a permit.

Restrictions on traveling by air were lifted years ago, triggering a surge in visits by Cuban-Americans to their families, bringing with them money and goods.

Still, Cuban-Americans require a permit from Cuba to visit the island.

“There remains much to do in normalizing the interconnection with the Cuban diaspora,” said Carlos Saladrigas, a Cuban American businessman who supports detente.

The Cuban statement on Friday said authorities were also reviewing a ban on citizens from boarding recreational vessels such as fishing boats and yachts.

Carnival received U.S. approval last year to sail, and the green light from Havana a day after Obama’s visit in March.

Protests in Miami, where the company is based, a discrimination suit and criticism by Secretary of State John Kerry led Carnival to start accepting bookings from Cuban-Americans earlier this month.

The company said it would postpone if necessary, but also expressed confidence Cuba would rescind the law before its first ‘Fathom’ adventure, expected to begin sailing to three Cuban cities every fortnight from May 1. (Additional reporting by Frank Jack Daniel; Editing by Bernadette Baum and Marguerita Choy)

This news is a total 16945 time has been read
Tags: Cuba Clears Way for Historic Carnival Cruise