Cypriot Shipowners Call for Action on Gulf of Guinea Kidnappings 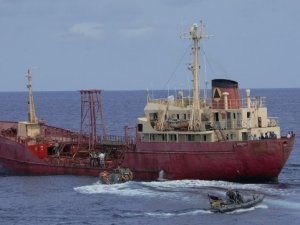 In a statement Thursday, the Cyprus Shipping Chamber (CSC) expressed "growing frustration at the ineffectiveness of the international community" in solving the longstanding problem of piracy and maritime kidnapping in the Gulf of Guinea.

Kidnap-for-ransom incidents occur with regularity in the waters off Nigeria, Togo, Benin, Equatorial Guinea and neighboring states. Pirate attacks have been common in the region for decades, but in recent years they have shifted away from petroleum theft in favor of crew abduction. The region now leads the world for kidnappings at sea.

"There is growing concern that the international community is not actively seeking to eliminate piracy in the region and is instead treating the current level of attacks against shipping as somehow ‘tolerable,'" said the CSC in a statement. "In effect, pirates are being given a message that their criminal activity carries very few risks in comparison to the millions of dollars that can be made from extorting ransom payments. As a result, the number of pirates is growing, and there is real danger that, in the absence of a firm response, their methods of hijack and violent kidnapping will be successfully emulated by others elsewhere."

As a solution, the CSC is calling for "appropriate initiatives at both the United Nations and the European Union" to bring more resources to bear and "eliminate this unacceptable behavior."

It also called on the Gulf of Guinea coastal states to improve anti-piracy measures. To date, local government forces have intercepted and thwarted a relatively small percentage of piracy incidents in the region.

The CSC noted that UNCLOS puts the responsibility for protecting shipping on national governments, and that naval forces have always served a central function in maintaining maritime security and protecting merchant shipping. "It is extraordinary that governments today seem less able to protect shipping than they were almost 200 years ago," CSC concluded.

In a handful of cases, outside forces have seen reasonable success in anti-piracy interdiction off West Africa. Last year, the Spanish Spanish Navy patrol vessel Serviola responded to two pirate attacks in the Gulf of Guinea, including one in which it chased off the attackers.

On the other side of the continent, the international anti-piracy patrols off the Horn of Africa have nearly eliminated Somali pirate attacks since 2012 (with assistance from embarked private maritime security contractors).

This news is a total 1934 time has been read
Tags: Cypriot Shipowners Call for Action on Gulf of Guinea Kidnappings