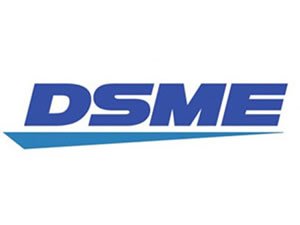 South Korea's Daewoo Shipbuilding & Marine Engineering Co Ltd said on Monday it would sell non-core assets, and shut down or exit non-essential units as part of restructuring after a multi-billion dollar loss in the April-June quarter.

The high-end offshore plant business has been loss-making for the world's three biggest shipyards, all in South Korea, as offshore floating production facilities for oil and gas are often complex, one-of-a-kind designs that can lead to unforeseen construction delays, analysts say.

Daewoo Shipbuilding said it would sell the company headquarters in Seoul, and wind down or sell units that are unrelated to its core shipbuilding or offshore plant businesses such as wind power subsidiary DeWind Co and local golf course operator FLC Ltd.

Its non-core businesses accounted for about 10 percent of the company's revenue in 2014.

"These moves will bring in some cash and also eliminate the possibility of additional losses from the businesses that Daewoo is getting out of," Kim Hyun, an analyst at brokerage Shinhan Investment, said.

There was however no plan to cut staff at present, a company spokesman said.

Daewoo's three largest creditor banks, state-run Korea Export-Import Bank, Korea Development Bank and the banking arm of South Korea's largest agricultural cooperative Nonghyup Bank, are currently conducting due diligence on the company to determine the cause of the second-quarter losses and the level of capital infusion that may be required.