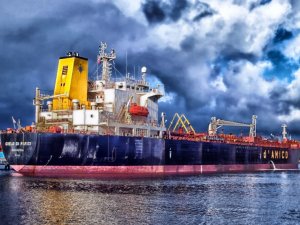 As informed, Glenda International Shipping d.a.c. (GIS) signed a memorandum of agreement with an undisclosed buyer for the sale of MT Glenda Meredith, one of its five ships.

This transaction allows GIS to generate around US$ 18.8 million in cash, net of commissions, having already fully reimbursed the vessel’s bank loan in October 2019, according to DIS.

“I am very pleased to announce that Glenda International Shipping, our 50/50 JV with the Glencore Group, just sold this 2010-built MR vessel, generating a positive net cash effect of about US$ 18.8 million for this company, since we had already reimbursed the vessel’s bank loan back in October 2019,” Paolo d’Amico, Chairman and Chief Executive Officer of d’Amico International Shipping, said.

“This deal, in addition to the one concluded at the end of last year for a similar vessel, is also perfectly in line with our long-term objective of controlling a very modern and young product tanker fleet.”

As of 30 April, DIS’ fleet comprised 45.5 double-hulled product tankers with an average age of about 6.9 years for its owned and bareboat chartered-in vessels.

This news is a total 505 time has been read
Tags: d'Amico International Shipping , Glencore , tanker