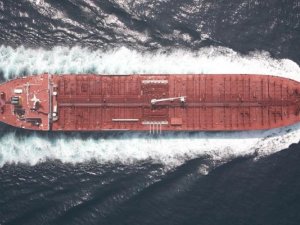 Italy’s d’Amico International Shipping (DIS) has signed a memorandum of agreement to sell two of its oldest MR product tankers for a total of $25.9m.

The two 51,303-dwt ships are the High Progress and High Performance, both built in 2005 by STX in South Korea.

The deal will allow DIS to pocket around $16.3m in cash after deducting commissions and reimbursement of the vessels’ existing bank loans.

“Through this deal we continue to pursue our long term strategy of controlling a very modern product tanker fleet. In addition, this agreement will generate around $16.3m in cash for DIS, further strengthening our liquidity and financial position,” said Paolo d’Amico, chairman and ceo of DIS.

The two elderly MR tankers are expected to be delivered to their new owner between the third and fourth quarter of this year.

As at 6 July 2020, DIS’ fleet comprised of 42 double-hull product tankers including MRs, handysizes, LR1s, of which 22 are owned, 11 chartered-in and nine bareboat chartered-in. MSC Loses Containers Overboard Near Port Elizabeth, South AfricaAn investigation is underway into the loss of containers that fell overboard from an MSC containership in the waters near Port Elizabeth, South Africa. There were also fears that the loss was creating a hazard to navigation into the port area.
FRONT ROW
1/20
PHOTO GALLERY
12345678
TOP NEWS
YESTERDAY| THIS WEEK |THIS MONTH
AUTHORS
12
Video Gallery
12345678
All Rights Reserved © 2006 TURKISH MARITIME | İzinsiz ve kaynak gösterilmeden yayınlanamaz.
Phone : 0090 212 293 75 48 | Fax : 0090 212 293 75 49 |