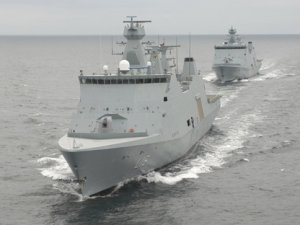 The Danish Government has announced a new strategy for the fight against piracy and armed robbery at sea for the 2015-18 period.

The overall strategy sets the framework for Denmark’s political, developmental and military efforts against piracy.

According to Danish Foreign Affairs Minister, Martin Lidegaard, the country’s counter-piracy efforts will continue to be focused on the Horn of Africa.

The country also plans to expand its efforts in the Gulf of Guinea in West Africa, where piracy and armed robbery at sea have raised growing international concern.

“For a maritime nation like Denmark, it is vital that we do what we can to protect shipping and seafarers. It is about security, personal costs for involved sailors, and better conditions for sailing,” said Lidegaard.
The government has allocated for the purpose DKK 15 million (approximately USD 2.2 million) which are to be used, inter alia, for cooperation with governments in the piracy-affected areas on capacity building of their respective institutions.

As stressed by Danish Trade Minister Mogens Jenses, it is also vital that the root causes of piracy – poverty and unemployment – are tackled within these efforts, especially in countries like Burkina Faso, Ghana and Mali.