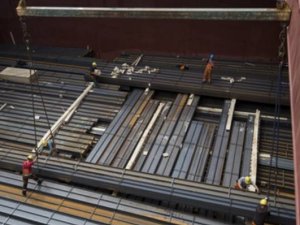 Although the US has decided to exclude Europe from new tariffs on steel and aluminium, new restrictions on trade between the United States and China raise concern.

There is an urgent need for new diplomatic efforts to prevent an escalation, says Danish Shipping.

Therefore it is concerning for the Danish shipping sector that Donald Trump yesterday announced new duties on Chinese goods worth 60 billion USD. Concerns were deepened Friday when China announced a plan for countermeasures on US goods worth 3 billion USD.

He calls for the world's major trading blocks to strengthen dialogue and diplomacy in order to prevent any further escalation of the conflict.

“Trade between China and the USA accounts for roughly 4 percent of global trade, so a dispute between the two countries will harm trade patterns globally. In addition, increased tariffs will send a very wrong signal to the world that more market restrictions may be a plausible way forward. This is the wrong way to go and will ultimately harm consumers all over the world," says Jacob K. Clasen.

"All parties - the EU, the US and China - must look for solutions through dialogue and do everything possible to avoid a harmful trade war. It is crucial that all parties make every effort to avoid an escalation of the conflict. Instead, a solution must be found at the negotiating table," he says.

This news is a total 2833 time has been read
Tags: Danish Shipping Worries on New Trade Restrictions