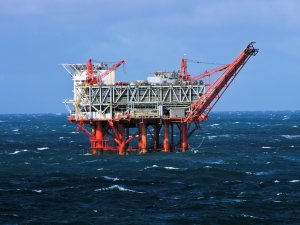 U.S. Deputy Secretary of the Interior David Bernhardt has announced that the Bureau of Ocean Energy Management (BOEM) will offer approximately 78 million acres offshore Texas, Louisiana, Mississippi, Alabama and Florida for oil and gas exploration and development. The region-wide lease sale is scheduled for August 15, 2018 and includes all available unleased areas in federal waters of the Gulf of Mexico.

Lease Sale 251, scheduled to be livestreamed from New Orleans, will be the third offshore sale under the National Outer Continental Shelf (OCS) Oil and Gas Leasing Program for 2017-2022. Under this program, 10 region-wide lease sales are scheduled for the Gulf, where resource potential and industry interest are high, and oil and gas infrastructure is well established. Two Gulf lease sales will be held each year and include all available blocks in the combined Western, Central, and Eastern Gulf of Mexico Planning Areas.

Lease Sale 251 will include approximately 14,622 unleased blocks, located from three to 231 miles offshore, in the Gulf’s Western, Central and Eastern planning areas in water depths ranging from nine to more than 11,115 feet (three to 3,400 meters). The Gulf of Mexico OCS, covering about 160 million acres, contains about 48 billion barrels of undiscovered technically recoverable oil and 141 trillion cubic feet of undiscovered technically recoverable gas.

Additionally, BOEM says it has included appropriate fiscal terms that take into account market conditions and ensure taxpayers receive a fair return for use of the OCS. These terms include a 12.5 percent royalty rate for leases in less than 200 meters of water depth, and a royalty rate of 18.75 percent for all other leases issued pursuant to the sale, in recognition of current hydrocarbon price conditions and the marginal nature of remaining Gulf of Mexico shallow water resources.

“Powering America and protecting the offshore environment are not mutually exclusive,” said Counselor to the Secretary for Energy Policy, Vincent DeVito. “We can do both. American energy production can be competitive, while remaining safe and environmentally sound. This lease sale is just one piece of the Administration’s comprehensive effort to secure our Nation’s energy future.”

The last Gulf of Mexico lease sale, held in March this year, brought in $124.8 million, with just one percent of the then-record 77 million acres that were offered bid on.

This news is a total 3598 time has been read
Tags: Date Set for Next Gulf of Mexico Oil and Gas Lease Sale