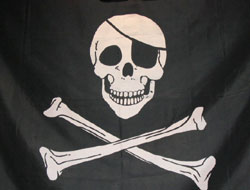 Somalian pirates hijacked Biscaglia in broad daylight, despite the presence of a team of British security personnel onboard.

The credibility of unarmed guards for vessels in the Gulf of Aden has come under renewed question after Somalian pirates hijacked the chemical tanker Biscaglia in broad daylight, despite the presence of a team of British security personnel onboard.

To make matters worse, the owners say that the ship was within the Maritime Security Patrol Area, ostensibly a safe corridor for merchant shipping, and was following a French-led convoy.

Maritime security sources stressed that while owners should not rush to get trigger happy, they need to be aware that simple three-man squads equipped only with non-lethal equipment were no longer enough to counter increasingly sophisticated and brazen pirate tactics.

Vulnerable ships, or those with highvalue cargoes, should either follow BIMCO"s advice and re-route round the Cape of Good Hope, or consider paying for armed support from a reputable provider.

The Liberia-flagged 27,350 dwt, 1986-built Biscaglia is operated and managed out of Singapore by Ishima.

It had 28 Bangladeshi and Indian crew onboard at the time of its capture on Friday morning.

The vessel is owned by Industrial Shipping Enterprises of Stamford, Connecticut, and was en route from Dumai, Indonesia, to Barcelona, laden with palm oil. A distress signal was received at 0447 hrs UTC.

The commander of French frigate Nivose Jean-Marc Le Quilliec told that the attack was mounted by five Somalians in a fishing boat. He said the three security guards jumped overboard and were subsequently picked up by a German helicopter.

The team were provided by UK company Anti-Piracy Maritime Security Solutions, which said: ?We have been informed by coalition military authorities that three of our unarmed security staff were rescued from the water by a coalition helicopter and are onboard a coalition warship in the Gulf of Aden.

?We have established procedures in place to deal with this and are working hard with the shipowners to assist in this fast-developing situation. Our prime concern is the safety of the people involved.?

APMSS specialises in the use of non-lethal equipment, including acoustic devices that direct high levels of sound in a concentrated beam at potential assailants, with effects said to be debilitating.

This latest incident brings the number of attacks on shipping attributed to Somalian pirates to 97 this year, and the total number of ships in captivity is 15.