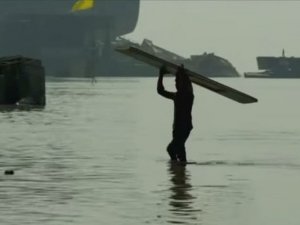 The NGO Shipbreaking Platform published its sixth South Asia Quarterly Update stating that a spate of recent deaths indicates that there is still a lack of safety equipment being used in the industry.

The report gives an overview of the shipbreaking actives in Bangladesh, India and Pakistan, and the impact of substandard shipbreaking practices. The report also reveals that six Bangladeshi workers were killed during the second quarter 2015 and several more were injured. Five of the workers died in the month of July alone.

The NGO asserts the yards in Bangladesh do not provide the workers with the necessary safety equipment, citing the case of a 40-year-old worker who fell to his death because he wasn’t wearing a safety harness. In another case, a 15-year-old boy was severely injured while working at the yard of the ATL Group. A steel plate fell and crushed his leg, and the yard owner refused to pay for his treatment.

Meanwhile, it is illegal to employ young workers in hazardous industries such as shipbreaking under Bangladesh’s labor laws. The report states that despite the regularity of these accidents, no steps have been taken to address prevention issues. Ziri Subedar and Ferdous steel are two of the yards mentioned in the report.

The Winds of Change

However, positive developments are underway in some scrapping facilities.

Maria Bruun Skipper, Director of the Danish Shipowners' Association (DR) recently visited Alang Beach in India, where over 40 percent of the world’s ships are dismantled. It is a place which has regularly been subject to harsh international criticism for its lack of safety and environmental consideration.

India implemented the Ship Recycling Code in 2013, which requires undertakings in relation to the environment and the working environment – especially handling of hazardous waste, sampling of water and soil, training of workers and health care.

About 213 large commercial vessels were sold for shipbreaking in the second quarter of 2015, including 136 end-of-life ships, which were beached in South Asia mostly Alang and Mumbai india (53), Chittagong in Bangladesh (47 ships), and Gadani in Pakistan (37 ships).

This news is a total 3568 time has been read
Tags: bangladesh, shipbreaking, south asia, turksih maritime