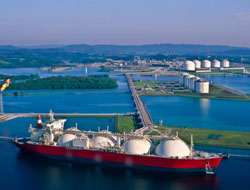 The larger and relatively debt-free tanker owners will weather current economic storms better then their peers.

The larger and relatively debt-free tanker owners will weather current economic storms better then their peers.

The larger and relatively debt-free tanker owners who have more of their fleet locked into long term charters such as Teekay Corporation will weather current economic storms better then their peers, says one equities analyst. Teekay Corporation should still see a strong 2009, Urs Dur of Lazard Capital Markets was quoted saying, even though he has cut the New York-listed operator's earnings estimate for the year by about 10%.

Dur based his cut on expectations of a dip in spot freight rates earned by the company's suezmaxes and aframaxes.

Dur said in a note to his clients that ?while 2009 holds promise for Teekay, our outlook is dampened by the decline in global demand for oil now forecast by the [International Energy Agency], further production cuts from Opec and the forecast that tanker fleet growth should exceed demand growth.?

Dur also pegged freight rates to start dipping from the end of the first quarter through to the start of the fourth quarter.

According to Dur however, increasing volatility in tanker markets over the next few years will favour well-capitalised, well-managed tanker owners with large, modern fleets that are mostly under time-charter.

Teekay Corporation, described by many in the industry as the world's largest tanker company by deadweight tonnage currently, moves more than 10% of the world's seaborne oil through its 180-vessel fleet.

One source pegged its owned fleet at 158 tankers across its family of companies with orders for 22 more.