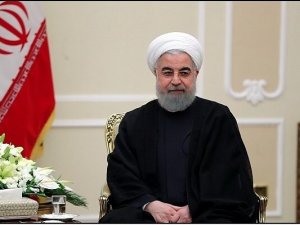 While, only few days left until President Hassan Rouhani’s speech at the UN, world media has begun to speculate about the content of his remarks by offering various analyzes.

One of the key points of the president’s speech at the UN General Assembly, as he pointed at the Sacred Defense anniversary parade, is “hope coalition plan, Hormuz peace initiative”.

There are not any full details and contents of the plan yet. The proposal that the president intends to present, with the aim of offering regional mechanism to establish peace in the Persian Gulf, seems to be based on Article 2 of Resolution 598 of the Security Council.

Article 2 of the resolution, based on which 8-year war between Iran and Iraq was ended, has emphasized on forming security arrangements with the participation of Iraq, Iran and six Gulf states under the UN supervision.

1.    Solving security changes of the region requires the creation of a joint domestic structure to prevent security crises and to resolve possible challenges.

The US so far has taken advantage of the lack of domestic mechanism for security in the region, and increasingly expanded its military presence at the expense of regional countries by creating disagreement between the countries. It has created artificial crises to prevent security and stability in the Persian Gulf. While Iran’s plan guarantees the security of all countries in the region.

2.    Iran has always supported the strategy of establishing security mechanism with the participation of some regional countries. It intends to protect collective interests and prevent the presence of foreigners.

3.    Based on the experience of the 8-year war between Iran and Iraq, which directly or indirectly involved the countries in the region, the international community concluded that the establishment of stable security can be carried out through the use of domestic capacities and regional consensus. So far, and due to various reasons, this approach has not been applied in the Persian Gulf. The main reason is the conflict of the approach with the interests of some trans-regional powers, especially the U.S.

U.S. government seeks to make aviation and shipping conditions in the Persian Gulf insecure and to form a coalition for the so-called security in the region. It does so through the strategy of maintaining maximum presence and selling weapon to the regional countries.
Indeed, the main cause of insecurity in the Persian Gulf was the enormous and illegal presence of U.S. military fleets in the region. Surely, by stopping this intervention and active presence of the Gulf states in the process of comprehensive security, there will be no need for the presence of other countries and useless coalitions.

Resolution 598 and Article 2 were formed as a result of long and dreadful experiences caused by regional conflicts and aimed to end war. One of the goals of the Resolution is to provide a legal and consensual context for establishing stable security arrangements in the region.

Iran’s proposal and initiative on the anniversary of the sacred defense is a reminder of the bitter and dreadful experiences of the past. It emphasizes on the need to prevent the formation of similar situations through the cooperation and participation of all countries in the region. The proposal is a legal and consensual plan to put an end to the continuous iniquities of foreign countries, especially the U.S. in the region. It is a beginning for removing current tensions and misunderstandings and establishing security and stability in the Persian Gulf.

This news is a total 1648 time has been read
Tags: President Rouhani , Strait of Hormuz , Iran, persian gulf coalition