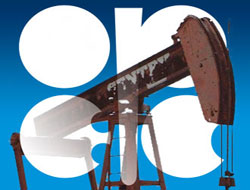 Saudi Arabia will cut its oil exports to some Asian refiners by more than 10% in February.

Saudi Arabia will cut its oil exports to some Asian refiners by more than 10% in February.

Saudi Arabia will cut its oil exports to some Asian refiners by more than 10% in February, according to reports. Sources with seven Asian buyers confirmed that Saudi Aramco had notified them of deeper cuts for February, ranging from 7-8% to 15%, against cuts of 5-10% for January. These cuts would mean Saudi crude oil supply to Asia would be at at a five-year low, players said, adding that they showed Saudi commitment to OPEC production reduction agreements.

OPEC agreed last month to cut output by 2.2 million barrels per day (bpd) from January 1, 9% down on the oil cartel's November quotas.

Bloomberg reported at least two officials had confirmed receiving notice from Saudi Aramco that it would cut shipments by 10% from levels agreed in annual contracts with refiners in Japan and Taiwan.

Earlier reports had suggested that Saudi Arabia might not meet its latest OPEC commitments, having apparently failed to meet earlier output reduction targets.

A Mitsubishi Corp. risk management manager has been quoted saying that Saudi Aramco's supply cuts for February ?shows that they are really serious since this, I think, actually puts them below their quota.?

?As OPEC cuts back on their term, it means buyers will have to come back to the spot market,? he added.

Brokers have told that extended Saudi cuts would deepen worries for tanker operators as the market struggles in worsening global economic conditions.

?If OPEC actually executes its 2.2 million bpd cut, that would mean an additional VLCC's worth of tonnage not needed every day,? said one broker handling MEG-East tanker fixtures.

This news is a total 825 time has been read