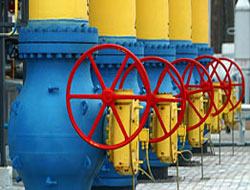 Tanker owners have been dealt two body blows with Opec agreeing a higher than expected production cut and the US issuing a long-term forecast which shows shrinking oil imports.

Opec oil ministers agreed their deepest production cut ever, slashing 2.2m barrels per day (bpd) from oil markets in a desperate bid to shore up oil prices which have dropped more than $100 from the July peak of about $147 a barrel.

The latest output cut - the equivalent of taking a VLCC cargo out of the market each day - is effective from Jan 1 and comes on top of existing reductions of 2m bpd agreed by the cartel at its last two meetings.

Analysts questioned whether Opec could enforce the cuts as the organisation"s record of enforcing previous reductions has not been good.

Meanwhile, for the first time in more than 20 years the US Energy Information Administration is forecasting virtually no growth in US oil consumption in its annual energy outlook to 2030.

The 2009 reference case says this reflects the combined effect of recently enacted corporate average fuel economy standards, requirements for increased use of renewable fuels, and an assumed rebound in oil prices as the world economy recovers.

Overall liquid fuel demand in the US is predicted to grow growing by only 1m bpd between 2007 and 2030.

With increased use of domestically-produced biofuels, and rising domestic oil production the net import share of total liquids supplied is expected to decline from 58% in 2007 to less than 40% in 2025, before increasing to 41% in 2030.

This news is a total 859 time has been read