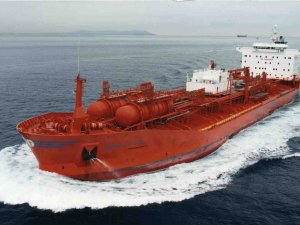 Winter demand for increased global crude shipments has fired up tanker freight rates, but bulk cargo ships continue to lumber through choppy seas as over supply of new vessels has kept the market sedate.

Companies that have a stronger tanker fleet are thus expected to rake in better earnings in the current quarter, with tanker rates expected to remain at current levels, if not increase further, in the coming weeks.

On the bulk side, ship owners are cautiously optimistic over China’s appetite for iron ore and fresh ore capacity coming up in Brazil, which may provide some traction in this sector in 2015.

The Baltic Dry Index, which measures cost of shipping bulk commodities across key ocean routes, rose marginally from an average of 952 in the second quarter of the current fiscal to 1,101 in October and 1,330 in November, but retreated to 700-odd levels from mid-December.

“Demand is not good, with iron ore being the only commodity that has actually moved up in a big way. Chinese ore imports have been up by about 100 million tonnes (mt) in the nine-to-ten months of the year.

“We think the iron ore replacement story has almost played out. And, unfortunately, Chinese imports of a lot of other commodities, including coal, have gone negative,” Shivakumar, Group CFO of Great Eastern Shipping, told an analysts’ meet last month. Analysts expect the fresh iron ore capacities coming up in Brazil may firm up rates next year, especially as the Brazil-to-China route is the longest route.

“This year even though there was 100 mt of extra iron ore, most of it, almost 90 mt, came from Australia. So it was not very good for shipping demand, but if it comes from Brazil next year, it is going to be very good,” Shivakumar added.

The company’s Time Charter Yields for bulk shipments fell from $12,878 per day in the first quarter to $9,337 in the second quarter.

The tanker side of the shipping story is a lot brighter, as countries imported increased crude for heating. The rate for very large crude carriers, for example, swelled from an average of $20,000 a day in the second quarter to an average of over $ 26,000 in October and touched $50,000 to $60,000 levels in December.

The rates were below $45,000 in December last year, indicating a relatively higher demand this season. Analysts expect demand for crude tankers and certain product tankers to hold at this level in the coming weeks, especially as supply of new tankers registered just about one per cent growth this year.

This news is a total 1362 time has been read
Tags: Tanker, Brazil, China, sector