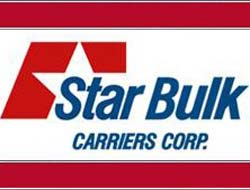 'I feel we are going to see a relatively strong 2008 overall, but with high volatility at times during the year,' Akis Tsirigakis told Reuters in a telephone interview.

'The demand is still coming from China predominantly, but India is becoming a more important player.' He added that a US economic slowdown would affect demand from China and India, but said internal demand for commodities from those two developing markets should remain robust.

The company rents its ships to customers based in countries that include China, India, South Korea and the United States.

'We're talking about the industrialisation of 2.5 billion people,' Mr Tsirigakis said. 'I don't think there's any going back.' The Baltic Exchange's chief sea freight index, which gauges the strength of major trade routes for bulk commodities including iron ore and grains, rose nearly three-fold from the start of 2006 on the back of Chinese commodity imports. The index is currently down more than 20 per cent since reaching a peak in October, but has regained ground recently.

Athens, Greece-based Star Bulk has a fleet of nine vessels, with another due for delivery in April and Mr Tsirigakis said the company is 'looking actively' at acquiring more ships. 'We have plenty of possibilities to lever up and buy a few more vessels,' he said.

The global backlog at shipyards for new dry bulk ships has been running at three years, but Mr Tsirigakis said the credit crunch has created problems for some shippers to pay for the new vessels.

'Around 70 per cent to 75 per cent of the order book is not yet financed and it's going to be a challenge for some operators to obtain financing,' he said. 'We expect the problem will be worse for large fleet orders that require syndicated loans because banks do not trust other banks right now.'

'We've seen these problems to a certain degree, but expect it to become much more pronounced,' Mr Tsirigakis added. 'This should create opportunities for acquisitions and we are looking to take advantage of them.'