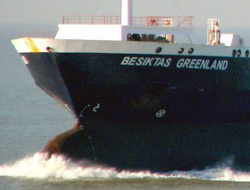 It is with great pleasure that Groupe Desgagnés announced today the acquisition, by its subsidiary Transport Desgagnés Inc., of a new vessel from the shipowners and builders Besiktas Shipping Group.

After a new purchase of $40 million last July, a new acquisition of nearly $50 million for Desgagnés

It is with great pleasure that Groupe Desgagnés announced today the acquisition, by its subsidiary Transport Desgagnés Inc., of a new vessel from the shipowners and builders Besiktas Shipping Group.

"The ship will be delivered to us in Europe at the end of April 2008, where she will trade in international waters. She will be returning to Quebec City by the end of May, where she will undergo some refitting; she will then be renamed and receive her Canadian Flag registration, to then resume service by mid-June" declared Mr. Louis-Marie Beaulieu, the majority shareholder of Desgagnés.

This ship will be named the M/T SARAH DESGAGNÉS (BESIKTAS GREENLAND). In addition to signifying "princess" in Hebrew and being the given name of Sarah Desjardins, niece and godchild of Louis-Marie Beaulieu and his spouse Johane Desjardins, Sarah was, according to the Book of Genesis, the barren wife of Abraham; however, at an advanced age, she bore their son Isaac who then allowed them to have "descendants as numerous as the stars in the sky". Mr. Beaulieu declared that he hoped that "Desgagnés" future is as promising as Abraham's posterity!".

It is worth emphasizing that Desgagnés, through its subsidiary Petro-Nav inc., is the only oil and chemical products marine carrier based in the province of Quebec and, with its long-term contracts with Petro-Canada, Shell and Ultramar, is one of the largest in Canada. It is in fact Petro-Nav that will be ensuring the commercialization of the M/T Sarah Desgagnés. She will be trading mainly in the Great Lakes, the St. Lawrence Seaway, the Canadian Arctic and the East coasts of Canada and the United States. Mr. Beaulieu also wanted to highlight the fact that "this tanker was more specifically purchased as a solution to Ultramar's production increase and to its transportation requirements between Lévis and Montreal, to which it will mainly be assigned until the construction of the pipeline planned by Ultramar".

Mr. Beaulieu also declared that he was "very proud of the 27 direct new jobs created by this addition to our fleet, on top of the indirect jobs and economic spin-offs that will also be generated by this acquisition". He mentioned that this investment of almost $50 million follows that of nearly $40 million made last July for the purchase of the new cargo ship M/V Rosaire A. Desgagnés, and is part of Desgagnés' fleet rejuvenation plan which began several years ago and will continue over the months and years to come.

With its head office in Quebec, Desgagnés is a conglomerate that has, since the 19th Century, specialized in marine carriage and transportation of liquid and solid bulk, general cargo and also passengers. With gross receipts approximating $160 million and over 800 employees in peak season, its activities also extend to marine vessel repairs and maintenance, as much as to rental and operation of heavy machinery.

The Enterprise owns and operates a fleet of 16 motor vessels, with an overall deadweight of almost 165,000 mt; they cover the St. Lawrence River Network & the Great Lakes, the Canadian Eastern Arctic, the East coasts of Canada and the United States, as well as the seas worldwide. 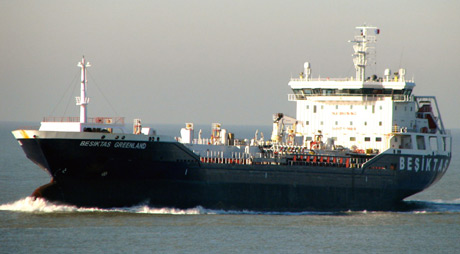 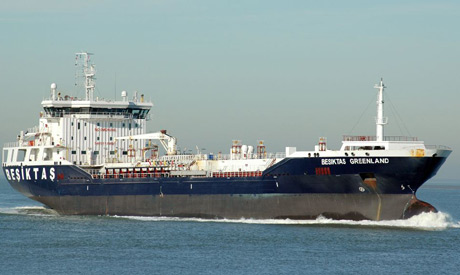