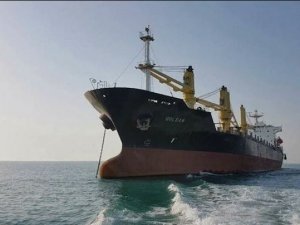 The Iranian cargo ship Golsan has arrived in the Venezuelan port of La Guaira, delivering an aid cargo despite the American sanctions on both nations.

According to the Iranian consulate in Caracas, the Golsan is carrying food to supply the first Iranian supermarket in Venezuela. It is the sixth Iranian shipment to reach Venezuela in recent weeks, and it follows a series of Iranian fuel cargoes delivered in late May.

Extra Venezuela reports that the supermarket - branded "Megasis" - has been set up already in Terrazas del Ávila, a modern high-rise development near the Universidad Metropolitana on the outskirts of Caracas. The outlet is expected to be the first of several across the country. A well-supplied supermarket chain would help to offset persistent, severe shortages of basic goods due to American sanctions on Venezuela.

Iranian-flagged shipping is subject to sweeping American sanctions, which are motivated by the White House's opposition to Iranian financing for Middle Eastern militant groups and ongoing Iranian investment in ballistic missile technology. Venezuela faces strict American sanctions on its petroleum sector and state oil company PDVSA, which is the main source of revenue for the regime of Venezuelan President Nicolas Maduro. The Trump administration seeks Maduro's ouster and the appointment of a replacement, Venezuelan opposition leader Juan Guaido.

According to U.S.-funded news outlet Radio Farda, some Iranian citizens have voiced criticism of the food shipment on social media. Iran's economy has also been badly damaged by sanctions, and some commentators complained that their government is sending resources abroad at a time when Iranians are also in need.

This news is a total 1421 time has been read
Tags: Despite Sanctions, Iranian Cargo Ship Delivers Food to Venezuela