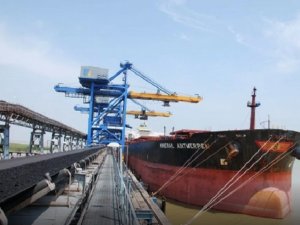 Increasing its cargo handling capacity from 25 million tonne per annum (MPTA) to over 100 mtpa.

“The Dhamra Port is a model of modern maritime trade in Odisha and a successful example of the PPP model. The industrial park being set up by Adani will unleash large scale industrialisation in the area and create employment opportunities,” said Patnaik.

The LNG and the LPG terminals of the Dhamra Port Company Ltd in Eastern Coast of India, are scheduled to be commissioned by 2020-21. Dhamra Port Chief Operating Officer (COO), Subrat Tripathy told news persons that a sum of Rs 8,000 crore would be invested in developing both the berths.