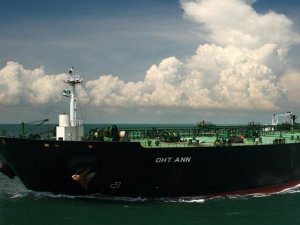 Legal action filed by John Fredriksen-controlled Frontline in the High Court of the Republic of the Marshall Islands, which challenged DHT’s transaction with BW Group and DHT’s Rights Plan, has been dismissed, with prejudice.

Frontline is now precluded from bringing similar claims against crude oil tanker owner DHT, its directors and BW Group in any other court, according to DHT Holdings.

Under Marshall Islands’ law, the dismissal also constitutes a ruling on the merits in favor of DHT.

“We are very pleased with the dismissal,” said Erik Lind, Chairman of DHT’s Board of Directors.

“We have consistently stated, both in court and to our shareholders, that Frontline’s claims are without merit. Two courts have now agreed with us, and we welcome the dismissal as an appropriate end to the matter.”

The complaint was filed in late April “to immediately enjoin portions of the unfair transaction documents” into which DHT entered that would permit BW Group to establish 45% ownership of DHT.

Namely, the company previously demanded that the Board of DHT halts all efforts to enforce, give effect to or permit, “the poison pill arrangements” and allow shareholders of DHT the opportunity to consider and vote on Frontline’s latest proposal to acquire all of the outstanding shares of common stock of DHT in a stock-for-stock transaction, submitted on April 25.

As DHT’s Board has not agreed to halt the restrictions imposed by the poison pill or to commence negotiations with Frontline on its proposed offer, Frontline opted to file the complaint on April 27.

A related action brought by Frontline in New York on April 18, 2017, was also dismissed in late April.

This news is a total 569 time has been read
Tags: DHT: Frontline’s Marshall Islands Lawsuit Dismissed