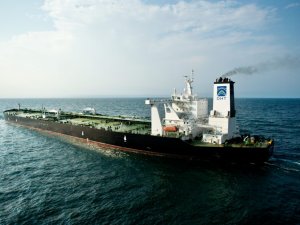 Crude oil tanker company DHT Holdings has postponed the installation of scrubbers on five of its ships, leaving the ships to trade for a while longer and reap fruit from a strong tanker market.

The company currently has 13 ships fitted with scrubbers out of the planned 18 very large crude carriers set to be fitted with exhaust gas cleaning systems this year.

As disclosed earlier, the number comprises two newbuildings and 16 retrofits, all of which would be fitted with open-loop systems.

DHT Holdings earlier said that the systems can be converted into hybrid systems, however, “we do not expect this to be a likely scenario.”

The tanker owner has so far paid $49.2 million related to the scrubber retrofit project, with ships staying in a yard for an average of 37 days.

The delays come at a difficult time for shipyards, having in mind that they are still working on resuming normal operations following lockdown measures implemented worldwide to mitigate the spread of the coronavirus.

As such, numerous scrubber retrofit projects were delayed due to supply chain disruptions and stay at home orders for workers.

On the other hand, the volatility in the tanker market, highly dependant on the geopolitical developments, gave a push to spot rates resulting in strong earnings for tanker owners.

DHT has a majority of its vessels operating in the spot market, i.e. 21, and 6 VLCCs employed on time charters.

During Q1, the company’sV LCCs operating in the spot market earned $66,400 per day, while its time-chartered VLCCs earned $54,000 per day achieving combined time charter equivalent earnings for of $64,400 per day.

Thus far in the second quarter of 2020, 66% of the available VLCC spot days have been booked at an average rate of $110,400 per day on a discharge to discharge basis.

For the first quarter, DHT posted a net income of $72.2 million, a major jump when compared to the same period last year when the net income stood at $ 17.7. The result was primarily driven by higher tanker rates, the company said.

Revenues for the quarter equaled $211.9 million compared to $132.3 million in the first quarter of 2019. The increase includes $82.3 million attributable to higher tanker rates offset by $2.7 million attributable to change in total revenue days as a result of scheduled off-hire in connection with the scrubber retrofit project and an unscheduled off-hire.

DHT disclosed earlier that the Covid-19 virus outbreak was impacting the company’s seafarers and its ability to change crews at regular intervals. Furthermore, the pandemic is also impacting the global consumption of refined oil products imposing a build-up of shore-based inventories of both feedstock and end products, resulting in bottlenecks and delays to discharge cargoes in ports.

This news is a total 441 time has been read
Tags: Scrubber