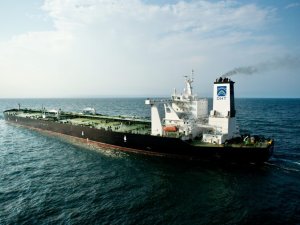 However, when compared to the same quarter last year, DHT narrowed its net loss from USD 21.5 million to USD 9.4 million in Q3 2019.

For the first nine months of this year, the company’s net loss was USD 2.2 million, against a loss of USD 58.9 million reported in the first three quarters of 2018.

Shipping revenues rose to USD 104.7 million in the third quarter of 2019 from USD 90.2 million seen in the corresponding three-month period a year earlier. As explained, the increase was driven by higher taker rates.

During the third quarter ended September 30, 2019, DHT’s very large crude carriers (VLCCs) achieved time charter equivalent earnings of USD 25,500 per day of which the company’s VLCCs on time-charter earned USD 33,700 per day and the VLCCs operating in the spot market USD 24,300 per day.

On September 26, 2019, the company drew down USD 35 million under the revolving credit facility tranche of the Nordea Credit Facility in order to prepare for the company’s 4.5% Convertible Senior Notes due 2019 coming to maturity October 1, 2019. As 80% of the notes were converted, the USD 35 million has subsequently been repaid.

This news is a total 645 time has been read
Tags: DHT Holdings, earnings.