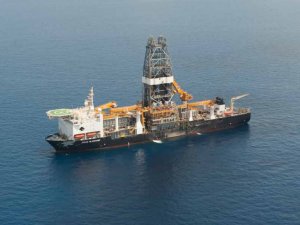 US offshore driller Diamond Offshore is close to sealing a contract with China Merchants Heavy Industries (CMHI) for the construction of a drillship, the latest hammer blow to South Korea's shipbuilding sector.

Broking sources revealed that Diamond Offshore is in final dialogue with CMHI regarding the order, after the company was contracted by Chevron for drilling services.

It would be CHMI's first drillship order if deal were eventually contracted. The shipyard currently has an order backlog of 19 jack up rigs, 15 of which have been completed and are ready for delivery.

The drillship construction market the very top end of the offshore market has been domineted by South Korean yards until now.

Diamond Offshore was swayed towards China due to the generous financial support on offer from Beijing.

This news is a total 1325 time has been read
Tags: Diamond Offshore in negotiations for Chinese drillship