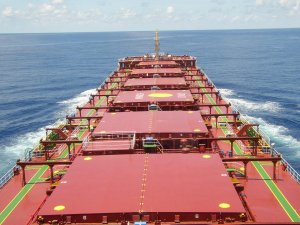 NYSE-listed owner and operator of dry bulk carriers Diana Shipping on December 19 completed a drawdown of USD 53.5 million, through its two separate wholly-owned subsidiaries, under a term loan facility signed with BNP Paribas.

The proceeds will be used to partially finance the acquisition costs of two Capesize dry bulk vessels, the M/V P. S. Palios and the M/V G. P. Zafirakis, which were delivered to the company on December 2, 2013 and August 20, 2014, respectively.

Additionally, the company announced that through a separate wholly-owned subsidiary, it entered into a time charter contract with Glencore Grain B.V., Rotterdam, for one of its Panamax dry bulk vessels, the M/V Nirefs. The gross charter rate is USD 7,500 per day minus a 5% commission paid to third parties, for a period of minimum eleven months to maximum fourteen months. The charter is expected to commence on December 25, 2014.

The Nirefs is a 75,311 dwt Panamax dry bulk vessel built in 2001. This employment is anticipated to generate approximately USD 2.47 million of gross revenue for the minimum scheduled period of the charter.