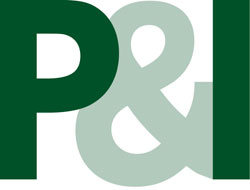 At difficult times like this a shipowner needs his insurer close at hand.

At difficult times like this a shipowner needs his insurer close at hand.

An inevitable result of the quickly-mourned shipping boom has been an increase in accidents and the value of the damage occurring. There has also been the threat of piracy off the coast of Somalia.

Hong Kong is home to regional offices of all the major P&I clubs offering claims handling, underwriting and loss prevention services on the doorstep. Some considerable understanding between the parties will be needed in what promises to be a difficult year in 2009.

Steep increases in premium can be expected from February. Steamship Mutual"s Hong Kong office chief Edward Lee said: ?Steamship Mutual"s standard increase in premium for 2009 is 17.5% for protection and indemnity and 15% for freight, demurrage and defence. This is in line with the market in general.

?There are clubs that have asked for a lower standard increase, but with higher supplementary calls or additional calls resulting in a much higher bottom-line increase.?

West of England, aware of the difficult circumstances, is introducing its slightly higher increases in two stages. Richard Macnamara, who runs the Hong Kong office, said there would be 10% on advance and forecast supplementary calls for 2009 will be increased by 10%.

?From a cashflow perspective this will hopefully ease the burden on owners during 2009 while bringing premium and claims levels into balance and reducing reliance on investment return,? he said.

Doubled-edged nature of the difficulties is expected

Mr Macnamara"s comments on investment return points to the doubled-edged nature of the difficulties to be expected for the foreseeable future: increased claims and virtually no return on P&I club investments, which will inevitably result in inflationary premium rates over the short to medium term.

However, the recent pain experienced by shipowners has perhaps obscured the good results they had over the previous five or six years. Certainly there is no sign that owners are holding back on premium payments, but the future is less certain.

?Premium payments are up to date. But given market conditions no doubt some members will experience difficulties. However, regionally, a significant amount of premium comes from larger shipowners and insurance companies,? Mr Macnamara said.

?The first three quarters of 2008 were profitable for many owners. But cashflow could be a difficulty for many in 2009.?

Mr Lee said he had not seen any particularly worrying developments in premium collection.

With record amounts of new tonnage coming on stream in 2009, the picture can only become more complex and prone to misadventure. The local presence that the clubs offer to Hong Kong owners and others in the region will be crucial.

This news is a total 662 time has been read