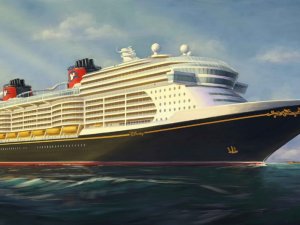 Disney Cruise Line has signed a memorandum of understanding with German shipbuilder Meyer Werft for the construction of an additional three cruise ships.

Similarly to the first three units Disney ordered from the shipbuilder in 2016 and 2017, the second trio will also be LNG-powered.

At approximately 144,000 gross tons and 1,250 guest staterooms, the newbuilds will be slightly larger than the first two ships in Disney’s fleet, the Disney Dream and Disney Fantasy.

The first three units are scheduled to be delivered between 2021 and 2023. The company has not revealed delivery timelines for the additional three cruise ships.

The company has previously revealed that its future fifth ship would be named Disney Wish. Scheduled for delivery in late 2021, Disney Wish is expected to set sail beginning in January 2022.

This news is a total 1747 time has been read
Tags: Disney Cruise Line, Meyer Werft.