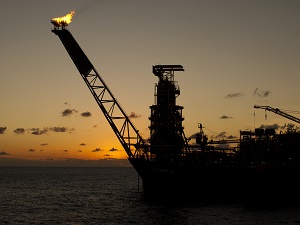 Teekay Offshore Partners announced that certain of its subsidiaries have entered into a settlement agreement with Petrobras with respect to various disputes relating to the previously-terminated charter contracts.

As part of the settlement agreement, Petrobras - on behalf od its subsidiaries Petróleo Brasileiro and Petroleo Netherlands - has agreed to pay a total amount of $96 million to Teekay Offshore, which includes $55 million that is payable unconditionally within 30 days. The remaining $41 million is to be paid in two separate instalments of $22 million and $19 million by the end of 2020 and 2021, respectively, subject to certain potential offsets more fully described below.

If in the ordinary course of business and prior to the end of 2021, new charter contracts are entered into with Petrobras in respect of specific Teekay Offshore assets (being Arendal Spirit UMS, Petrojarl Cidade de Rio das Ostras FPSO and Piranema Spirit FPSO), the deferred $41 million (payable in two instalments in 2020 and 2021, respectively) will be reduced by 40 percent of any revenue actually received in this same period from such new contracts (Offset Amounts).

There are no contracts in place currently that would result in any Offset Amounts being generated and neither Petrobras nor Teekay Offshore have any obligation to enter into such contracts and furthermore, there is no obligation to hold any of the designated assets as available for charter by Petrobras. In the fourth quarter of 2018, Teekay Offshore expects to recognize the above-mentioned settlement, which is expected to increase Teekay Offshore’s revenues by approximately $91 million, which represents the present value of the future cash settlement amounts.

In addition, Teekay Offshore has, through separate subsidiaries, entered into a further settlement agreement with Petrobras with regards to a dispute relating to the charter of the Piranema Spirit FPSO pursuant to which Teekay Offshore has agreed to a reduction in charter rate totaling approximately $11 million, which is expected to be credited to Petrobras over the remaining contract term. As at June 30, 2018, this amount was already accrued in Teekay Offshore’s financial statements.

“Over the past decade, we have built a strong partnership with Petrobras. Petrobras has grown to become one of our largest customers, and we look forward to further strengthening this long-term partnership in the future,” commented Ingvild Sæther, President and Chief Executive Officer of Teekay Offshore Group Ltd. Ingvild added: “We settled the contractual disagreements in a very constructive manner and we can now turn our full attention to working together to deliver offshore production and logistics solutions for the fast-growing Brazilian offshore market.”