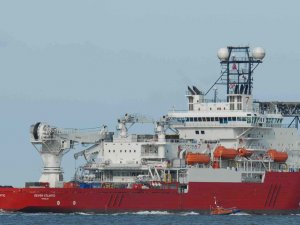 DOF and DOF Subsea have entered into standstill agreements with secured lenders, representing 93 per cent of the secured debt.

Pursuant to said agreements, the companies will suspend payments of principal and interest until 30 June 2020.

“The agreements should facilitate the continued dialogue with the secured lenders and bondholders under the Group’s bond loans regarding a long-term financial restructuring of the Group,” DOF said.

The suspension agreements comprise all companies within the Group, except for Norskan as well as DOF Subsea Brasil Servicos.

The secured debt of Norskan Offshore is subject to a separate negotiation.

The companies have also decided to impose a unilateral standstill on the payment of principal and interest to remaining secured lenders for as long as the suspension agreements remain in force.

This news is a total 1961 time has been read
Tags: DOF ASA , dof-subsea