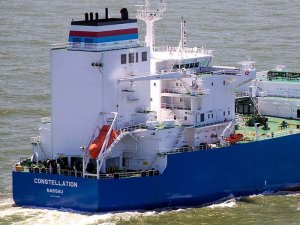 Dorian LPG Ltd. (NYSE: LPG) today announced that its Board of Directors has unanimously declined an unsolicited, conditional proposal from BW LPG Ltd. (OB: BWLPG) to combine with Dorian in a stock-for-stock transaction.

However, in a letter to BW LPG Chairman Andreas Sohmen-Pao, Dorian Chairman John Hadjipateras, says his board is "willing to discuss acquiring or consolidating some or all of your 17 ECO-ships into our commercial platform."

Dorian says that, after a thorough review, conducted in consultation with its financial and legal advisors, its Board of Directors unanimously concluded that the proposal is not in the best interests of Dorian and its shareholders. The Board noted that:

BW LPG's proposal undervalues Dorian on both an absolute- and relative-value basis;

Fails to recognize the value of Dorian's younger, more fuel-efficient ships;
Fails to recognize Dorian's superior commercial performance;
Forces shareholders to accept equity in a more highly-leveraged combined company; and
Proposes a dual listing that is unlikely to benefit Dorian shareholders.
The Board believes that Dorian's current strategy is working and that Dorian's younger, more fuel-efficient fleet with lower leverage protects the Company at the bottom of the industry cycle and positions it best for long-term growth and success.

Dorian has retained Evercore as financial advisor and Wachtell, Lipton, Rosen & Katz and Seward & Kissel LLP as legal advisors, in connection with the proposal.

Below is the text of a letter that was sent today by John Hadjipateras, Chairman, President and Chief Executive Officer of Dorian, to Andreas Sohmen-Pao, Chairman of the Board of Directors of BW LPG.

This news is a total 796 time has been read
Tags: Dorian LPG Board rejects BW LPG stock-for-stock offer