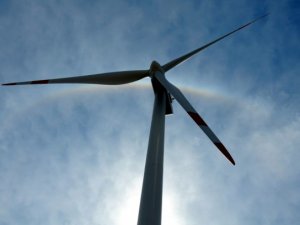 Increasing global renewable energy’s share to 36 percent, from the current 18 percent, would result in savings of up to $4.2 trillion annually by 2030, according to Thursday's report by the International Renewable Energy Agency (IRENA).

Total savings from doubling the share of renewables in the global energy mix would be up to 15 times higher than costs due to the avoidance of expenditure on air pollution and climate change, IRENA said.

“Achieving a doubling is not only feasible, it is cheaper than not doing so,” said IRENA Director-General Adnan Z. Amin.

“It would create more jobs, save millions of lives from reduced air pollution and set us on a pathway to limit global temperature rise to two degrees as agreed in Paris,” Amin added.

According to the report, important advances have been made to raise the share of renewables in the power sector, “which is on track to generate roughly 30 per cent of the world’s electricity by 2030, up from 23 per cent today.”

Great potential also lies in transport, buildings and industrial sectors, “but these sectors are currently lagging behind,” the report adds.

“Under existing national plans, the global renewables share would only reach 21 per cent by 2030,” the report underlines and recommends increasing the annual rate of renewable energy deployment by six-fold and investing $770 billion annually in the sector up to 2030 in order to reach the goal of doubling renewable energy globally.

To achieve this goal, the report identifies five priorities for action including, “correcting market distortions to create a level playing field, introducing greater flexibility into energy systems to accommodate the variable nature of some forms of renewable energy and developing and deploying renewable energy solutions for heating and cooling in new urban development projects and industry.”

Additional steps include, “promoting electric transport based on renewable power and biofuels to reduce air pollution; and ensuring the sustainable, affordable and reliable supply of bioenergy feedstocks.”

This news is a total 1999 time has been read
Tags: Doubling, renewables, share, globally, to, save, trillions, Turkish, Maritime