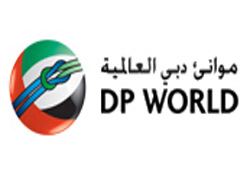 ADPC, DP World and EZW have agreed a deal that will see DP World operating the Khalifa Port and EZW operating the Free Trade and Logistics Zone located in Taweelah, Abu Dhabi.

According to a statement accords signed last week mark the first step towards a joint venture.

One of the largest marine terminal operators in the world, DP World currently has a management services agreement for Mina Zayed in Abu Dhabi.

Involvement with Khalifa Port will represent the next stage in its growing relationship with ADPC.

The statement says that it is “hoped” that EZW, one of the largest developers and operators of free zones in the world, will manage an initial 25 km2 Trade and Logistics Free Zone within the larger Industrial Zone in Taweelah which will be located halfway between Abu Dhabi and Dubai.

The chairman of Abu Dhabi Ports Company, H. E. Nasser Al Sowaidi, said: "The signing of this agreement with DP World and Economic Zones World is yet another step in the drive towards greater cooperation and integration between Abu Dhabi and Dubai. It is also another example of how we are continuing to rapidly implement the vision of creating a world-class port and zones facilities at Taweelah. It demonstrates our commitment to partner with the best-in-class entities to develop the port area and to serve its ever-growing demand. The new port and trade and logistics hub will solidify the UAE’s position as a world class transport and logistics hub.”

This news is a total 1395 time has been read