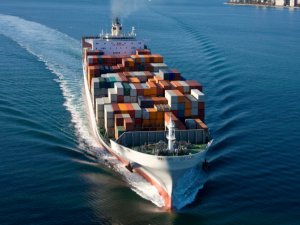 The trade growth from Asia to Australasia is starting to slow down in 2017 with exports from North Asia taking the worst hit, according to the shipping consultancy Drewry.

First quarter 2017 year-on-year growth for all of Asia to Australasia container shipments was 2%; the weakest in five quarters, Drewry said.

The source of the slowdown was the trade from South Korea and Japan, where 1Q17 volumes decreased by 14% and 9% to Australia and New Zealand, respectively.

Shipments from Greater China, by far the biggest export market to Australasia with approximately 55% share, continued to grow at a steady rate in the first quarter; 7% to Australia and 8.4% to New Zealand.

Traffic from Southeast Asia was dampened by low growth of 1% to Australia, although 10% higher volumes to the much smaller market of New Zealand were some consolation, Drewry said.

The poor start to the year is reflected in the 12-month rolling average of shipments, which clearly illustrates the fall-off in demand since the turn of the year. The latest Container Trade Statistics (CTS) numbers for March lowered the moving average growth rate for NE Asia to Australasia to 6.7% and for ex SE Asia to 5.3%.

The current direction of travel suggests that end-year growth for the southbound market will be lower than the 7% rate put forward by CTS for last year. However, while the trade might experience a mild slowdown this year, there are sufficient reasons to believe it will still be one of the better performing deep-sea trades, Drewry said.

Australia’s economy was given a boost by last year’s upturn in commodity prices and by China cutting its own coal production, contributing to the IMF’s recent 0.4 point upgrade to its GDP outlook for this year to 3.1%. At the same time, the IMF moved its 2018 expectation up by 0.1 point to 3%.

Despite some rationalisation of NE Asia-Oceania services revolving around the May start-up of a new operation between Hamburg Süd, Maersk Line, MOL and MSC – variously branded YoYo, CAE and Panda – net capacity in the corridor will increase over the coming months.

Drewry’s research of forward schedules indicates that as of June there will be 25% more effective slots available in the southbound market versus the same month in 2016. In contrast, the effective slots ex SE Asia will be 11% lower, giving a strong clue as to which route carriers are more positive about.

Carriers appear to have been caught out by the extent of demand slide in Chinese New Year-affected February as southbound load factors fell below 50% in both the NE Asia and SE Asia trades. For the NE Asia trade the monthly slide was particularly steep as utilisation was over 80% in January. In February 2016, utilisation in the same trade dropped by a much less severe 8 percentage points. Come March 2017 ships ex NE Asia recovered to two-thirds full, but were still well short of the 80% average for 2016.

Subsequently, spot rates continue to slide from their late-2016 peak with Drewry’s Container Freight Rate Insight reporting Shanghai to Melbourne 40ft rates of USD 1,310 for April. Compared to the same month last year, however, spot rates between those two ports were 15% higher.

Southbound Asia to Australia container demand is losing some steam but is still likely to be one of the better performing deep-sea trades in 2017, according to Drewry. The consultancy has also suggested that carriers will need to lift monthly load factors if they want to resuscitate spot rates.

This news is a total 1353 time has been read
Tags: Drewry: Asia – Oceania Trade Growth Slowing Down