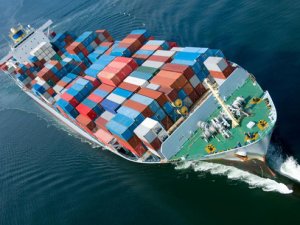 Container shipping profitability is expected to improve in 2015, despite record vessel deliveries, driven by lower unit costs, according to the latest edition of the Container Forecaster, published by shipping consultancy Drewry.

The global fleet is expected to grow 7.2% in 2015, a faster pace than demand which is forecast to expand at a more modest 5.3%. However, despite these headwinds, Drewry forecasts that industry unit costs will continue to decline at a faster pace than average freight rates, so raising profitability.

Bunker costs fell 50% year-on-year in the final quarter of 2014 and anecdotal evidence suggests that carriers intend to increase annual contract rates on all trades with their key BCO (beneficial cargo owner) clients this year.

“Carriers are winning the battle between rates and costs,” said Neil Dekker, Drewry’s director of container research. “However, there are issues such as port congestion which are both costly and outside the direct control of carriers.”
Drewry estimates that the industry will finish 2014 in the black, thanks mainly to the contributions of a handful of lines such as Maersk and CMA CGM, while others will have lost money. More carriers are expected to be profitable in 2015, provided that a number of tailwinds prevail. These include: continuing carrier focus on vessel deployment; fuel costs remaining low; recovering demand; successful outcome of annual BCO contract negotiations; and new operational alliances delivering greater market stability.

This is a lot to ask for from an industry with a poor track record of profitability. But there are signs that carriers are starting to believe in themselves and are backing up their positive rhetoric with actions. Network planning, slow steaming and the introduction of the mega- alliances will all help the drive towards a more profitable industry.

“Despite several factors that could derail some of the more positive influences, this could be the year that carriers start to turn the corner in terms of operational profitability,” said Dekker.
Container carriers have a habit of undoing good work with poor discipline. But the influences that are shaping the industry right now (including recent consolidations) prove that carriers have pushed profitability and value for money up the board room agenda.

“With a forecast 1.7 million of teu due to be delivered to the glo