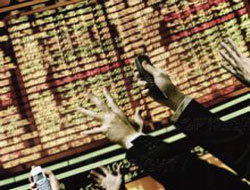 The Baltic Exchange to report, ?Numbers were talked that seemed inconceivable only a month ago, but the credit squeeze, fears of a recession and the Chinese slowdown have left owners/operators scrabbling to fix. This not just a storm, it is a tsunami.

Baltic: Capesize market 'not just a storm, it is a tsunami!'

The Baltic capesize index (BCI) has seen a whopping 42.5% drop since this time last week, leading the Baltic Exchange to report, ?Numbers were talked that seemed inconceivable only a month ago, but the credit squeeze, fears of a recession and the Chinese slowdown have left owners/operators scrabbling to fix. This not just a storm, it is a tsunami.

The timecharter average was slashed to $10,867 daily from $25,316 daily last week and $67,554 daily a month ago. It appeared almost academic to suggest rates today and the market looked paralysed with many simply wanting the week to end.

There were rumours of some resolution to the price dispute between the Brazilians and Chinese - but this was simply rumour. So far the Chinese operators have been putting ships on the market rather than cargoes.

There was even talk today that a charterer took a cape in the Atlantic for a panamax cargo from the US east coast to Brazil. A spot 149,000-tonner 1990-built was rumoured booked for a round voyage in the $7,000 daily range although a 177,000-tonner open midish November Cape Passero fixed for a transatlantic round at $12,000 daily. Rating cargoes in the east remained difficult with most owners/operators preferring not to give voice to numbers or lack of them from charterers.?

?In the Atlantic a 58,000-tonner open Owendo, West Africa agreed a just $8,000 daily for a trip into the US Gulf. A 46,000-tonner was allegedly done for aps delivery Black Sea for a trip to the US Gulf at the same level. The US Gulf itself appeared overwhelmed with tonnage of all sizes and descriptions. Further south rates have tumbled and a handysize was rumoured close to fixing a Brazil/east Mediterranean sugar run in the mid $30.00 range.

In the east, a 52,000-tonner agreed $8,000 daily for spot delivery south China for a NoPac round with east coast India-Japan range redelivery. There was also talk of a 45,000-tonner agreeing just $7,000 daily for passing Singapore delivery for a trip via Australia to Japan. A 37,000-tonner was reportedly close to fixing from north China to the Mediterranean $6,500 daily...? the report concluded.

This news is a total 1167 time has been read