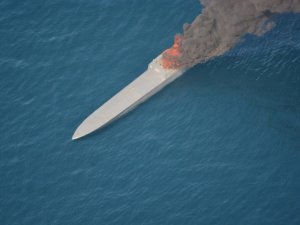 Crews from the U.S. Coast Guard, Customs and Border Protection and Navy intercepted more than 1,000 pounds of cocaine from a high-speed drug trafficking boat in the Eastern Pacific Ocean.

The interception of the low-profile go-fast vessel (LPGFV) was made by the crew of the USS Zephyr after a Customs and Border Protection P-3 surveillance aircraft detected the drugs smuggling vessel during a routine counter-narcotics patrol.

The LPGFVs are custom made ocean-going, high-speed motor boat built by drug traffickers to smuggle large quantities of illegal drugs. The boats are primarily made of fiberglass and they travel barely above the surface making them difficult to see or detect by radar.

As the Zephyr changed its course to intercept the vessel, the suspected smugglers allegedly began jettisoning their cargo and jumped into the water as their boat caught on fire. 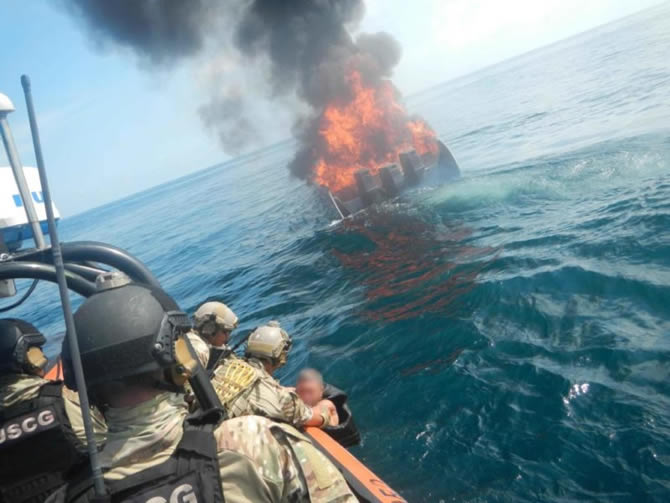 A Coast Guard boat crew aboard the Zyphyr later rescued four suspected smugglers and transferred them to the patrol cutter.

After the fire was extinguished, authorities recovered 1,080 pounds of suspected cocaine from the vessel.

The LPGFV was severely damaged by the fire and was subsequently sunk as a hazard to navigation.

“There was no doubt in our minds what needed to be done to salvage the evidence needed for a successful prosecution even if it meant laying Zephyr alongside a burning hull, with the intense heat and acrid smoke hindering our 90-minute firefight,” said Lt. Cmdr. Grant Greenwell, commanding officer of Zephyr. 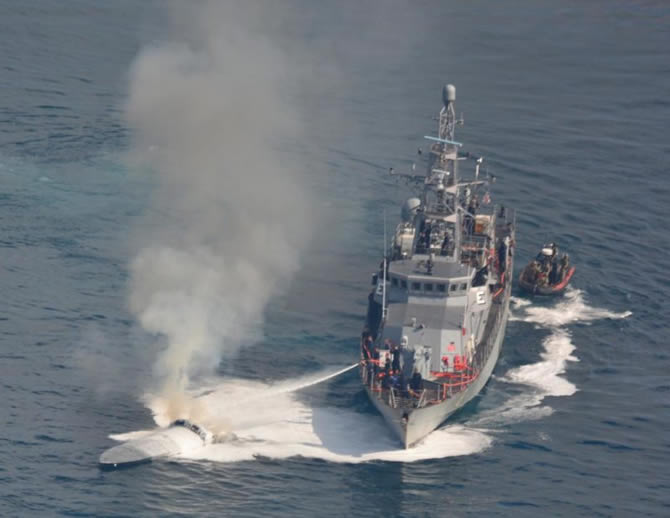 This news is a total 1043 time has been read
Tags: Drug Smugglers Light High-Speed Craft Ablaze in Eastern Pacific; 1, 080 Pounds of Cocaine Seized