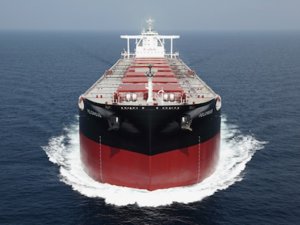 The rebound of the dry bulk market has prompted some ship owners into committing more funds towards the newbuilding market, despite the slowdown of the past few weeks.

In its latest weekly report, shipbroker Allied Shipbroking said that “there has been an overall slow down these past weeks in terms of activity, though at the same time there continue to be rumors of deals being under development. The major buying interest over the past couple of months has been mainly driven by an improved outlook for the dry bulk market, with the considerable firming of freight rates having generated a new found appetite amongst buyers. In the price front things are still holding relatively stable, though given that we have yet to see any significant volume of new orders on the TIER III designs, these prices may well be slightly misplaced as the new design dictates quite a premium on top of these figures. At the same the tanker market which had been over the past couple of years the main driver for new contracting of orders, has lacked in both activity and new interest. Buyers are not shown any keen interest for the large crude oil carriers, while the general interest that had been seen in the product tankers some months back has seemingly subsided now”, the shipbroker said.

In a separate newbuilding report, shipbroker Clarkson Platou Hellas noted that “there are two new orders in the Container market to report this week. DSME have signed a contract for five firm 22,000 TEU Container Carriers with MSC. The Vessel will deliver between the second half of 2019 and March 2020 from Okpo, Korea. CMACGM have also placed an order for a series of 9 firm 22,000 TEU Container Carriers in China. The order will be split between Shanghai Waigaoqiao Shipbuilding (SWS) and Hudong Zhonghua, and the vessels are set for delivery throughout 2019 and 2020. In Gas, Petredec have extended their series of 84,000 CBM VLGCs at Jiangnan Shipyard in China by declaring an option for two more units. Delivering in 4Q 2019, the duo will be the 3rd and the 4th vessels in the series. From Japan, Sasaki Zosen have secured an order for two firm 5,000 CBM LPG Carriers from domestic owner Toda Kisen. The vessels will deliver within 2019”.

Meanwhile, in the S&P Market, Allied Shipbroking noted that “on the dry bulk side, a very impressive week in terms of concluded activity. The volume of transactions is indicative to the appetite currently being seen in the market and given the noticeable increases in prices, most buyers are in a fair bit of a rush, looking to take up units before price levels rise by too much. The large bulk of activity has focused around the Panamax and Supramax sizes, with the latter likely to show further movement given that prices for modern units haven’t shown an equal spike to that seen by their counterparts in the Panamax size segment. On the tanker side, limited activity was to be seen, with the main focus on the product tankers once more. The limited volume is reflecting somewhat the state of the market, with the growing uncertainty and loss of confidence in the market driving most buyers to hold back their interest for the time being”, the shipbroker concluded.