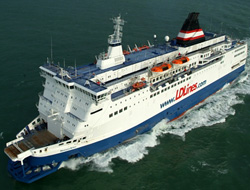 The French bulker operator Louis Dreyfus Armateurs (LDA) has warned that the worst of the slump currently afflicting the dry bulk shipping market still lies ahead.

The French bulker operator Louis Dreyfus Armateurs (LDA) has warned that the worst of the slump currently afflicting the dry bulk shipping market still lies ahead.

LDA chairman Philippe Louis-Dreyfus predicted tougher times ahead next year and the year after, as newbuilding deliveries reach their peak.

?We think that the worst is yet to come,? he told, arguing that last year"s market slump had not taken account of the heavy over-ordering, which he said was the dry bulk sector"s main problem.

Mr Louis-Dreyfus, whose company is planning to spend up to ?1bn ($1.4bn) on new vessels over the next few years, many of them for its core dry bulk business, said that LDA expected further reductions in newbuilding prices as the market anticipated the glut of new deliveries expected in 2010 and 2011.

?We think that there will be some interesting bargains in the second half of 2009,? he said.

He added that he believed that the current crisis in the dry bulk sector would last longer than many people expected.

The French company, which operates around 70 bulkers of various sizes at any one time, claims to have escaped the worst of last year"s market collapse thanks to its strategy of giving priority to long-term contracts.

It reduced the size of its owned fleet, which currently comprises a dozen or so vessels, while prices were high with the intention of returning to the market following the slump which it had been predicting as inevitable months before it occurred.

?This enabled us to constitute a cash mattress,? he said. ?This cash will serve to take advantage of opportunities to buy new or second hand ships, particularly bulkers.?

Mr Louis-Dreyfus said that the company"s results had been ?exceptionally good? in 2008 and that it was confident that it would be able to maintain strong performances over the next two or three years.

He indicated that the company was ?attentive? to the risk of counterpart defaults but that, to date, the difficulties it had experienced in this area had been ?marginal?.

The company had always been careful to choose customers and areas of business offering low risk profiles, he said.

LDA generated about half of its ?1.2bn revenues from bulk shipping last year, the remainder coming from industrial and offshore service shipping and its ro-ro and ferry business.

This news is a total 1080 time has been read