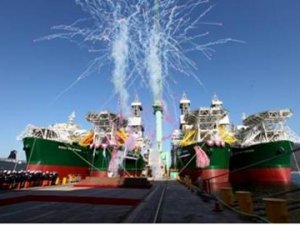 DryShips Inc. has successfully completed the previously announced $200 million common stock offering, in which the Company raised net proceeds of $198 million, pursuant to the prospectus supplement filed on February 17, 2017.

Following the completion of the offering, the Company has approximately 152,055,576 common shares outstanding.

George Economou, Chairman and CEO commented: "We are very pleased to have successfully raised an additional $198 million of equity, which will increase our total available liquidity to about $455 million. We continue to look at opportunities to diversify and grow our fleet with high quality tonnage and significant operating leverage."

This news is a total 874 time has been read
Tags: DryShips Completes Common Stock Offering